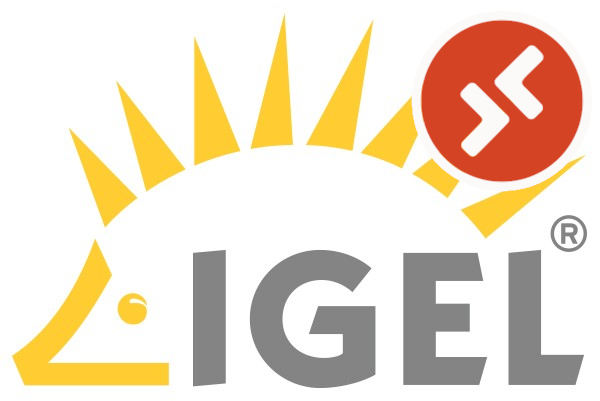 September 17, 2021
Microsoft’s Azure Virtual Desktop (AVD) and the addition of Windows 365 Cloud PC (a recent Microsoft product offering but can be accessed using the same software on IGEL OS) is coming on 2 years of age. As of this is a relatively new service, development around it is going in rapid phase and there are additions introduced to the offering often. At the same time, it is not always about additions and new features, even more important are fixes to surfaced issues.
For you that have been following my blog, would know that the IGEL OS AVD/Win365 client is built by IGEL, but the foundation of the client is a SDK provided by Microsoft development. IGEL implements the SDK calls and when possible adds features on top.

It has been a wild ride since day 1, loads of enhancements has been happening to the client and to the back-end cloud infrastructure in Azure, to the features and to the session reliability. Ever heard of “Business at the Speed of Thought”?, a book by Bill Gates. Id say that is the fundamentals…

Lets talk about session reliability! The Azure Virtual Desktop is delivered from the Cloud servers to the edge device using a Display Protocol which allows the user to see what is happening in the data center somewhere in the world, but it is so much more than just the display. There are mouse movement and keystrokes being shipped from the edge, you might want to have channels to transfer data like clipboard, files, printing, offloading of audio and video and much more. Error corrections are being implemented to make the session run smooth for the user and to make the evolution of the product to go on and to improve the usability – The End User Experience!

When thinking of it, if you are staying up to date with the current software pieces, you will not fall behind, and you + your users will benefit of the the improved session reliability. As AVD/W365 is quite new, updates happens frequently. I can assure you that if you are taking the small amount of time it takes to stay up to date at the software level for your endpoints, your users will be happy, there will be less hiccups and service interruptions. Happy Users = Happy Admins!

You can already now lay the currently updated bits in the hands of your users by making sure that they are on the latest version of firmware on your IGEL OS endpoints. I’d recommend to be on a firmware version of 11.05.190, which is a private build, but it is meant for production. In the bottom of this article i have a form for you to put in a request for a download link.
In a few days (current release date is set to 22nd of September -21) IGEL will release a new Public Build named 11.06.100 which will be available in the general software distribution channels (IGEL UMS Firmware update using the UMS Console and at www.igel.com/software-downloads), more on what’s in 11.06.100 in a upcoming article!

One more reason!, occasionally old versions of clients might get blocked to access to the back-end resources like AVD or W365. We don’t want that to happen right, just because not staying up to date ..

That’s it for now! #Staywell and #update

Fill out the form below to get the latest IGEL OS firmware containing latest AVD/W365 client: